By Piché and Associates 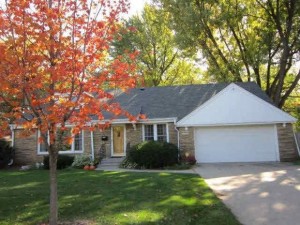 The city of Roseville is located north of Saint Paul and adjacent to Minneapolis, making it a convenient commute to both downtown business districts, entertainment choices, sports venues and much more. Incorporated as a village in 1948, Roseville is today a mixed land use community with a population in excess of 33,000.  During the 1950s and 1960s Roseville experience extraordinary commercial and population growth and is considered a commercial hub of the northeast metro region. Roseville is known for its extensive park and trail system with 30 parks covering 632 acres including 64 miles of trails.  It’s housing styles range from modest bungalows, to the popular ranch rambler, mid-century modern and contemporary homes.

A Live Look At The Roseville  Residential Real Estate Market

The following “live” charts will give you an overview of how the Roseville housing market has been performing over the past four years. (Simply place your cursor on the line and rollback to view activity at any time on the chart)  The first graph shows you the median sales price over the past four years.  The next graph will provide you information on the number of homes for sale in the marketplace.

Roseville is divided between two school districts: the northwest portion of the community is in the Mounds View School district and the remainder in the Roseville School District.

Minnesota Compass, a project led by Wilder Research provides an “at-a-glance” look at neighborhoods regarding population, housing and employment.  They use the U. S. Census Bureau’s American Community Survey data as a basis for the report, unless otherwise indicated.  For information on the city of Roseville follow the link below.

(Powered by CrimeReports on behalf of the City of Roseville)